Continuing this series of guest posts about our upcoming tour, here’s the newest recruit to the RFPB family, Gareth McNicol, telling you about how he got caught up in this whole mess. 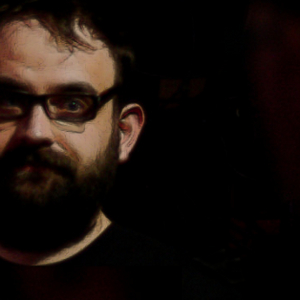 I first met Dave, briefly (read drunkenly), in that central musical hub of Glasgow – the 13th Note Cafe. He was playing with The Indelicates. I vaguely recall telling him that I hated folk music but his set was excellent – because it was. I already knew Dan & Rachael from being in a band with them.

Few weeks later, drunkenly sitting in my favourite watering hole with Dan, Dave had gotten confirmation that he’d been booked for 2000 Trees festival. Fantastic. He wanted to take the band. Awesome. Dan was quite excited, understandably. Then there was a question of how to get the band there. I offered to drive – thinking nothing of it. I think the comment was literally “fuck it, I’ll drive!”

Next day, or day after, I get a text from Dan asking if I was serious. I had the weekend in question off so, once again: “fuck it, I’ll drive”.

That experience was utterly fantastic; sharing the driving overnight down to a farm in the middle of England’s glorious countryside. Hanging around for 2000 Trees’ first (and seemingly last) sunny day; drinking at 7am; camping – it was all a bit special. Mainly for the chat and becoming friends with Mr & Mrs Dave, Woody and sharing in the adventure/shenanigans.

Since then, my involvement in the band has grown from merely driving and drinking. I’ve been tuning guitars, handing over harmonicas (upside down) and generally having a fun time in the process – trying to get a free drink in the Cathouse after supporting The Wonder Stuff and other such highlights.

Over the past year my involvement has increased dramatically. I’ve been manning the controls recording and mixing the upcoming album In Death Do We Part. Now, I’ve been drafted in on acoustic guitar while Dave punks it up with an electric guitar.

This tour seems like the culmination of the past year’s work, but at the same time I’m hoping that it’ll feel like a ten-day version of that trip to 2000 Trees and all the other wonderful times we’ve enjoyed since. This time Rachael will be along with us for the mayhem.

However, it won’t end there. Given the trend of my level of involvement in Dave Hughes & The Renegade Folk Punk Band, by this time next year, when perhaps we’ll be touring again – perhaps even looking forward to a summer of many festival appearances – I will have become the Dave Hughes of the band; allowing Dave to retire, he’s getting on a bit now.

For the most part I still hate folk music, this will become clear when you hear the new album and hopefully see us in the upcoming tour.