We really mean it when we say thanks to people who take the time and effort and come to our shows, and the last weekend was no exception. We had an absolute ball in Dundee and York in particular, which made the 1000 mile round trip more than worth while. 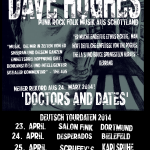 I now have the task of slipping back in to acoustic mode for the next month of shows. I’m off out to Europe on the 20th of April for a week of shows in the Netherlands and Germany. Rather than jumping in cold, I’m playing two Scottish ‘warm-up’ (down?) shows in the coming weeks. That’s Oran Mor in Glasgow on Tuesday the 8th of April, and up to Cerberus in Dundee on the 15th of April. The Oran Mor show is a night called ‘Glasgow Makes Music’ and is more of a story-behind-the-music type of affair, and the Cerberus gig is the fortnightly open-mic night that I used to go to often. Both are free entry and will be a lot of fun.

Full details of all gigs are on the gigs page.

As ever, we want to remind you that our new album is out now and can be purchased from our record label, bandcamp, iTunes, Spotify, Amazon, Google Play, Deezer, Emusic, everywhere! 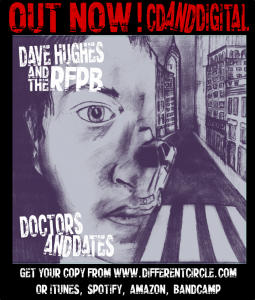