Friday 11th March sees the release of “Emma”, a fundraising charity single by Dave Hughes for the St Columba’s Hospice through Different Circle Records (Glasgow). The song will be widely available, primarily from Bandcamp to increase charity revenue, but also via iTunes, Google Play, Spotify and the rest. 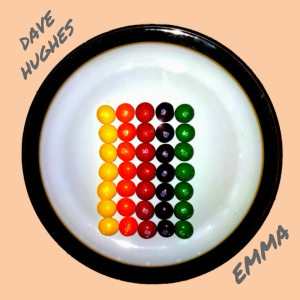 The track is named in honour of his friend Emma Sheils who passed away in January 2016 after bravely fighting an aggressive brain tumour. As well as a close friend, she was also commonly seen as a photographer at concerts in and around Dundee and Edinburgh. Dave Hughes used one of her photos for the cover of last year’s “Rise, Again” album.

St Columba’s Hospice in Edinburgh were fantastic in making Emma as comfortable as possible in her passing days. Her father, Paul Sheils, is undertaking a charity bike ride from Edinburgh to Iona as part of the Celtic Challenge. Proceeds from the ‘Emma’ single will go towards his fundraising total.

A launch event will be held on Friday 11th of March at New Hellfire Club in Glasgow. Also appearing will be Roscoe Vacant and James Bar Bowen. Entry will be by donation to the charity, and a raffle will be held through the night to pick cover songs for Dave Hughes’ set list.