On the 24th of October 2009, the RFPB was booked to play a headline show at Glasgow’s Oxjam music festival. Unfortunately, our drummer at the time couldn’t make it, which meant we needed a replacement. Luckily, we found Woody, and he masterfully stepped up to the plate. The RFPB as we know it was born on that day.

Now, five years and hundreds of gigs later (all over the UK, including King Tuts and the Barras), we’re celebrating in style with a weekend of gigs (24th-26th October) culminating in an all day concert in Glasgow. Full details of the shows in Inverness, Dundee and Glasgow are on the gigs page.

We are putting together a mega line-up consisting of the RFPB, RFPB alumni, new friends, and some old touring friends who have helped us out over the years.

Currently announced acts for the All Dayer on Sunday 26th October at The Roxy 171 in Glasgow.

Algernon Doll
http://algernondoll.bandcamp.com/
One of my favourite musical outputs from Glasgow in recent months, Algernon Doll has played a fair few shows with us in the past before going on to much greater things (BBC Big Weekend being an example). Current album Omphalic is out now on Struggletown Records 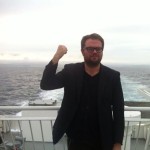 Chris Devotion
http://chrisdevotion.armellodie.com/
Straight out of Glasgow with a bunch of Elvis Costello records under his arm, Chris plays pop-rock music in the vein of 80′s alt-rock-pop. Genuinely great. Appearances at T In the Park and Go North under their belt, and a new record, Break Out, out now on Armellodie. 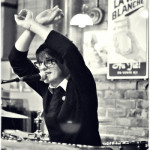 Daniel Versus The World
http://danielversustheworld.bandcamp.com/
Piano pop-peace-punk from Durham via London. We’ve played tonnes of shows with Daniel and are ecstatic to be bringing him back to Glasgow. Start practicing your clapping now. 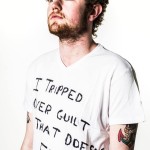 Joe McCorriston
http://joemccorriston.bandcamp.com
Acoustic story telling from Morecambe in the vein of Frank Turner, Billy Bragg and Sam Russo. I first encountered Joe when he started coming along to my Manchester shows, since then we’ve played many shows together, and so it’s only right that we have him come up to Glasgow and play for you. 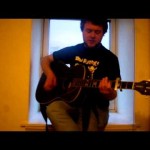 Highland Park Optimist Club
https://www.facebook.com/highlandparkoptimistclub
Gruff acoustic alt-country from the highlands, Paul was a massive help to us on our In Death Do We Part tour and it was only fitting that he opens the show for us.

On the 18th of September 2014 I will be voting Yes in the referendum. This, for some readers, will be a case of me stating the obvious but I thought I’d like to write down my thoughts on the matter. You are under no obligation to continue reading, nor continue with the discussion should you not want to. However, this is a cause that I’ve supported as long as I can remember being politically aware (I was the 14 year old kid at the Young Scot’s for Independence meetings regardless of the fact that I couldn’t vote yet) and as such it would feel wrong not to say something.

I’m not voting Yes out of an unwarranted pride in a country that I randomly found myself to be born in, but more in the desperate need to make the most of the place where I choose to live. The heart of the matter with this referendum is Civic Nationalism rather than the wholly offensive accusations of Ethnic Nationalism. This is most clear to me when I look at my brother, who was born and raised in Glasgow, now lives in Newcastle and can’t vote in September, and my brother-in-law, born and raised in Sunderland, now living in Paisley and can vote in September. This is by and far the most fair method to carry out a democratic event, so, that’s that put to rest? Good.

The United Kingdom of the 21st Century is a wholly unequal place, and I am of the belief that the main cause of this is the extreme centralisation of powers to Westminster in the South East of England. Population density, being what it is, means that the majority vote of a Westminster election and parliament will be heavily influenced by the population, and culture, down south and not the other parts of the UK. Returning to the topic of civic nationalism, if I chose to live in Wales at a time of a Welsh Referendum, I would choose to vote Yes for these same reasons. 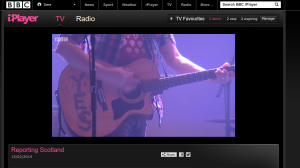 That time I infiltrated the BBC Reporting Scotland to say “YES!”

It is well-known that the politics of the majority living in Scotland tend to be to the left of those down south (that is not to say that the Left movement isn’t alive in England, it is), and therefore a Scottish parliament chosen by, and only by, the people living in Scotland would be much more representative. Should, an Independent Scotland elect a centre-right (perhaps Scottish Conservative) parliament, I would accept that as it would be representative of the national mood, even if it is far from my ideals.

I am worried about the increasing Euro-sceptic-ness of the United Kingdom’s political parties, not only with the rise of UKIP-like parties but also with the pandering to their policies by the rest. I enjoy being able to travel to, and work in, Europe without the need for visas. Musically, I’m sure that many of my friends would agree that touring in Europe is much easier than touring in the United States on this front. When I’m not plying my trade as a musician, I work in a University research department where the free travel of scientists is a reason why Scotland is viewed in such high esteem for our work. In my view, ironically, a vote for an Independent Scotland is a vote to stay part of Europe.

I am well aware that the transition period into an independent country won’t be an easy ride or cheap to undertake. Then again, with the current (and forthcoming, if the polls are to be believed) Westminster administration’s austerity program underway and not even half-way complete, and the exponential rise of food banks, it is not like we already have it easy or cheap.

We could, I guess, vote No and wait for a progressive party to be elected in the UK, but the question is ‘Who?’. The last electorally viable progressive party in the UK was dismantled in the mid-to-late nineties with the rise of Tony Blair and New Labour. While, Margaret Thatcher and John Major destroyed Scotland (and Wales, etc) economy and industry in favour of an economic London power house, Blair destroyed the Left-wing hope. Cameron and Clegg are merely continuing what New Labour started.

For people living in Scotland, there is a real opportunity in September to step away from the same old path that the UK has dilly-dallied down for over 30 years and choose to try for something better and, most importantly, be wholly responsible for the outcome.

To paraphrase one of my favourite song-writers, Erik Peterson, “The greatest of all historical shams is believing you can not do something you can”.

I think we can.

We are playing a show in Gourock (Inverclyde) this evening at The Darroch Bar. I haven’t played a show there since April 2007 (with Al Baker and Andrzej Stepien), which seems a life-time ago. The night kicks off at 9pm, it’s free entry, and we’re playing two sets of our hits and other peoples hits. It’s going to be a party fitting for the 4th of July.

I turned 31 this week, and to celebrate yet another trip around the Sun, I have made the album “Doctors and Dates” free to download over on our Bandcamp page. If you haven’t got a copy, now is your chance!

In other news, wheels are well and truly turning behind the scenes for an amazing set of events later in the year. We’ll announce everything in a couple of weeks. 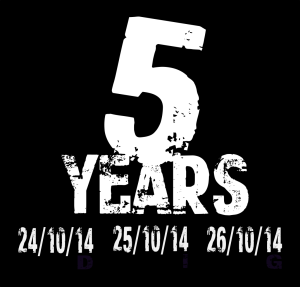