We’ve just spent a weekend locked up in our studio recording a new mini-album for your delight. It’s called “Doctors and Dates” and will be released on Monday 24th of March. We’re finalising the track-listing at the moment, and a few other things such as extras and artwork, but suffice to say it’s such an amazing record. There are all manner of styles and influences across the songs, from full-out punk rock opener to a gospel country closer. Seriously!

To celebrate this, we’re going to be playing a launch show in Glasgow on Sunday 23rd of March at Pivo Pivo. Tickets are on-sale now through Tickets Scotland.

We’ve got the wonderful, award-winning, world travelling, Reely Jiggered as main support at this show. We played with them at the Tall Ships Festival in Greenock in 2012 and were blown away by their high energy traditional ceilidh sounds. Drums, guitars, fiddles and dancers. It’s going to be amazing!

We’re also heading up to Dundee that week for a full band show at the Balcony Bar on Thursday 27th with The Overview Effect. The next day, Friday 28th, we’re back at the wonderful Black Swan in York, and then down to London for a show at the Birdsnest in Deptford with Dan Versus the World on Saturday the 29th. Full details of all our gigs are on the gigs page.

I’m also utterly over the moon to be able to announce that I’ll be achieving a childhood goal of performing on the main stage at the Barrowlands in Glasgow on the 15th of February. This is a charity night in aid of the benefit fund for the victims of the Clutha helicopter crash and their families. Entitled “Clutha – A Celebration”, it will be a day and night of musical celebration and healing. Oh, and the line-up is superb with Frightened Rabbit, Big Country and Junkman’s Choir among the acts performing. Tickets for this are also on sale through ticket-scotland. It will be a night to remember.

And finally, here’s some shots from the behind the scenes documentary! 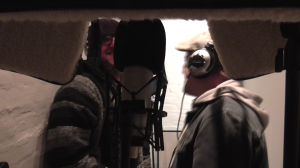 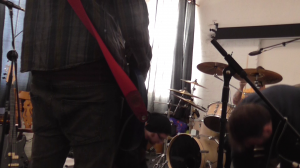 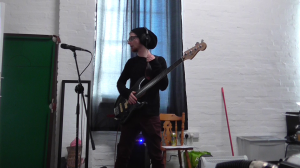 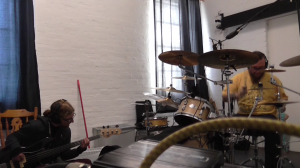 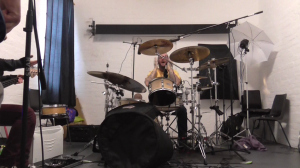 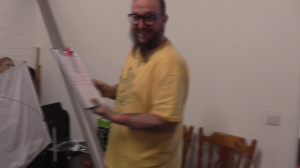