I can’t really be arsed writing screeds and screeds about how 2011 panned out. Instead, by the wonders of my previous gig list and Facebook pictures, this will be like a slide show. 2011 was a very good year for the band and I, and for once there are some photos from the interesting parts.

2011 started with my most northerly gig ever, up in Thurso with Carnivores and No Exit Wound. Many thanks to Kenny from Carnivores for asking me to come along for that ride. There was an awesome wall to be seen and night out to be had.
Things really got started in February though, with an 8 date tour with Adam Boucher and Adam Bennett. You can watch the documentary we filmed of it here, and read an indepth interview I did with Last Years Girl on the run up to it here.

Writing our setlist in Greenock

On stage at The Horatia in Holloway when I could have been playing in Brighton.
The tour finale for me was at Lexapalooza at the Old Queens Head alongside some pretty awesome acts. My favourite part was having Chris T-T on stage with us to play The Ghost of Tom Joad. We also managed to score an ace review of our set.

Lexapalooza with Chris T-T
This year I went out on tour more often than previous years. Shortly after the Boucher-Bennett tour, I did three dates with Beans on Toast, followed by two dates with Jim Lockey & The Solumn Sun.

Photographic proof I played this show even though other folk may have forgotten.

Final date of the Jim Lockey & Solumn Sun tour at PJ Molloys. I didn’t get to play, but since this isn’t an end of year Top 10 of disorganised, useless, crap promoters, I won’t get in to that.
Before we knew it we were in to May, and the band played an ace support slot with Miles Hunt and Erica Knockalls at the Classic Grand in Glasgow. Woody got to meet his hero and we all had a great night out.

On stage at Classic Grand supporting Miles Hunt
June started with a couple dates with Anna Madeleine. Tour dates I mean. The first also had The Indelicates on the bill, who were promoting their David Koresh Superstar album. Perhaps one of my favourite gigs of the year, you can read a brilliant review of it here.
In to July and the band and I played our biggest show ever, in front of 600 people at The Tall Ships Festival in Greenock. This was a home show for our drummer Woody, and I got really bad sun burn. Proper good fun though.

Holy shit.
And, in a strange turn of events that we hope to be repeated, we ended up driving through the night to Cheltenham to play the absolutely fantastic 2000 Trees Festival.

Myself and our wonderful driver, guitar-tech, roadie, all round good bloke Gareth and a sign. We may have had a couple to drink by and during then.

Late night set after Scroobius Pip had finished playing. My drummer was floating around the field somewhere high on life, and my bassist was comatose in a tent by this point.
The week after 2000 Trees, I released my first album through the Corporate Records label. Despite The Blackout was its name, and some people seemed to like it. 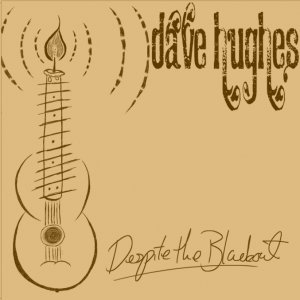 In the first week it sold more copies than most of my others in the same time frame. Later on in the year it was given a proper release through iTunes, Spotify and Amazon, and received what might be the best album review in the history of album reviews (for albums that I released). My brother also wrote a thing about it, which is also perhaps the closest anyones got to writing my manifesto.
I then headed out for two weeks with Mr Ciaran Lenehan from Ireland. We played all around Great Britain, from Edinburgh to London via Cardiff and Tipton (and other places). Ended with a show at The Flowerpot where someone asked my bassist, during my set, “is he someone famous”, and when the reply of “No” came, she walked off. Camden, innit.
Our Town (by Iris Dement, later Kate Rusby), in Beeston at The Greyhound.

Nice wee house show in Birmingham, I love this photo.
After getting home from that tour, the band and I played Roscoe Vacant‘s record release show in Glasgow at Nice’n'Sleazys. This would be the last time that Judith Harron would play with the band, and to give her a send off, we plugged in and played an electric punk rock set.

The face I normally pull during gigs.
I didn’t really do a release show for my own album, so instead, I booked to play MacSorleys in Glasgow as a wee solo show. The solo nature of the show came about since Woody had taken on a job with Uriah Heep as drum tech, but as fate would have it, he had a day off from travelling around Siberia and Veneuzula and came along anyways.

Without a doubt my favourite solo gig in Glasgow for a long, long time.
Then, in October, we played our biggest Glasgow support slot ever. We supporting The Fucking Wonder Stuff at Apollo 23. Unfortunately, Woody was away in Russia, so I drafted my brother in on Mandolin to make up for it. This was a magical show, we had a backstage room to ourselves with two showers, beer, wine, sandwiches and a bowl of fruit. Dan writing a setlist back stage Tuning up and asking myself how the hell we ended up being able to do this.
With Woody being away, we didn’t do much as a band for the next few months. I played a couple shows here and there, including a couple shows with Franz Nicolay and Chris T-T. There should be a documentary film coming soon about the Glasgow show (hosted by Last Years Girl) we did, but until then, I’ve only got a couple photographs.

Last year’s Girl singing with Last Year’s Band.
Dancing Two-step from Dundee’s Book Yer Ane Fest.
We finished the year with a full band show at MacSorleys which was a fitting end to a great year. Hopefully 2012 will be even better, but it has got a lot of work to do.

Have a great Hogmanay, and I really hope I’ll see some of you next year. Perhaps February when I’m out on UK tour with Emma Hallows? 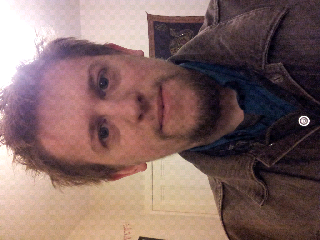 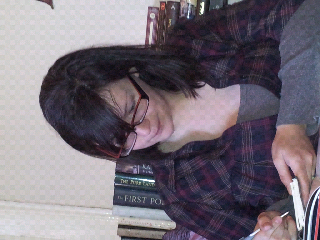 It’s quite hard to describe how good the last weekend was, good gigs, good people, good drinks, good goods. All good. It was ace hanging out with Chris T-T and Franz Nicolay for the time: a lot of the time when you play gigs with people travelling, the down time is limited, but when you have a weekend you start to get to know each other. Many thanks to Lisa Marie Ferla and the Make that a take boys for having me at their events, truly made me happy.

We can now announce that we’ll be closing out the year with a Renegade Folk Punk Christmas Concert at MacSorleys on Sunday 18th of December. Woody is back from his stint with Uriah Heap, so we’re going to rock it. Support comes from the excellent Algernon Doll (who was brilliant at Book yer ane fest) and The Giddy Things.

Here’s a video of an old song, filmed at Book yer ane fest. There will be footage from the Speakeasy on Friday, alongside a documentary/interview, but that’s still having its finishing touches added.

This is going to be a bit lengthy, so pull up a chair.

I don’t know about you, but I plan on having a fantastic weekend. On Friday I’m playing at the inaugural Last Year’s Girl Friday Night Speakeasy alongside Chris T-T and Franz Nicolay. I could push you to buy tickets, but you know, with the very sparse amount that are left it would be cruel to turn people away at the doors. Although, it would mostly be their own fault for not buying in advance. Their call I guess.

Then on Sunday I am playing in Dundee at the Book Yer Ane Fest extravaganza. This is a yearly punk rock festival that the boys at Make-it-a-take records have been running to raise funds for the Safe-Tay Charity. It kicks off on Friday and runs through till late on Sunday night. Full details can be found here.

I’m really hoping that there are no clashes at Book Yer Ane Fest since all the stops have been pulled out to bring an amazing bill. I mean, seriously, ONSIND, Algernon Doll, Esperi and 15 Minutes (also Chris T-T and Franz Nicolay) are all playing on the Sunday. Saturday has Bangers, Leatherface, The Living Daylights and Beauty School Dropout. I’ve no idea why I am writing this in reverse order, but if you are in Dundee on the Friday, you’ll find Joey Terrifying opening proceedings, with Mikey Erg and The Arteries also making an appearance. Well worth what ever it costs I’d say.

In other news, Despite the Blackout received perhaps the best review I’ve ever received over at the influential blog The 405. You can read it here.

And to drop the dead donkey, I’ll be touring in February with Emma Hallows. Check out her current EP Anchors Up here and get excited as I am. Dates are coming in Fast, so I’ll hopefully announce them all before the end of the year.

And finally, Woody is back from his international stint with Uriah Heap in a couple weeks. We’ll have some Renegade Folk Punk Band news regarding this to announce on Monday.